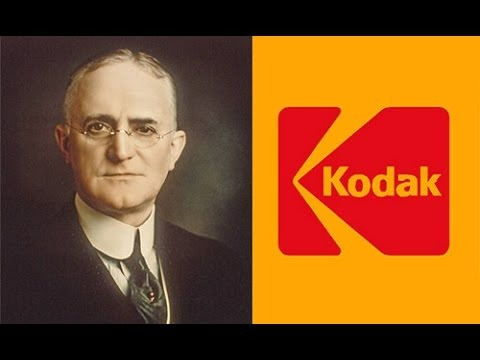 My hometown of Rochester, New York was, for the longest time, a “Company Town.”  Many of you may be familiar with that phrase, but, for those of you who are not, it refers to a city where one firm is the dominant employer in town . . . and, in Rochester, that was Eastman Kodak.

Kodak, the brainchild of founder, George Eastman, probably provided employment for 1 out of every 4 families in the Rochester area for years.  And Eastman was an interesting and benevolent boss, who had a policy where the highest paid person in his firm (himself) could not earn a salary that was more than 20 times what the lowest paid person made.  If a janitor was making $3,000 a year, Eastman would pay himself no more than $60,000.  And he was careful to share his profits with his employees, paying very healthy annual bonuses.  In fact, Kodak workers never unionized because they felt as if management always treated them fairly.

But, it was this “20 times salary” policy that was truly unique in the business world.  Eastman believed that wealth should come from taking risks, and his fortune (which was immense) was derived from the value of the company he built with his own blood, sweat and tears, and the company stock that he owned . . . not some ridiculously huge annual salary.

But, today?  Well, we live in a very different era!  And, to illustrate that, I want to share with you the 16 largest companies in the Financial Services world and how much their CEO’s were paid in 2021, because it is frightening!  Just take a gander at these 2021 annual salaries as reported by the Wall Street Journal:

Now, I may be old fashioned, and I certainly don’t begrudge anyone making a good living . . . but is there anyone in America who is truly worth $84 million a year – which equates to $1.6 million a week?!!?  Not in my opinion!  And, it is also noteworthy to learn that there is not a single woman on this list . . . the ultimate “Boy’s Club.”

Kind of makes you wonder if ridiculous CEO salaries in other industries could also play a role in the kind of inflation that we’re all dealing with today.  I mean, it would make sense to me that executives could very well take a pay cut in order to help reduce costs that could be passed on to consumers.  But, logic doesn’t always take a front seat in the real world!

Now, I realize that little to nothing will probably be done about executive pay given the current CEO-friendly business environment . . . but it does make one wonder just how companies and their boards of directors can justify these amazing and escalating CEO salaries.

And, I know we can’t prove this, but I’ll bet George Eastman is, right now, spinning in his grave!