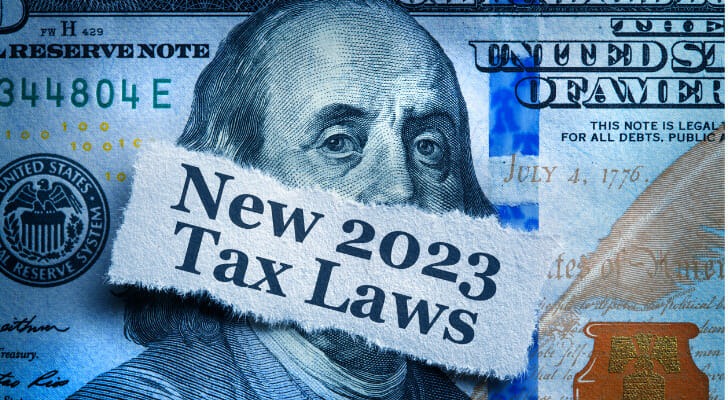 Every year some of the rules that govern our investment accounts can change, and we’re going to see some fairly significant changes for 2023.  Let’s go through them so that you can be prepared!

First, if you’re still working and contributing to a 401(k), 403(b), 457 or Thrift Savings Plan (TSP), the Internal Revenue Service just announced that the annual contribution limit for employees has been increased from $20,500 to $22,500.

Likewise, they also raised the yearly contribution limit for both IRAs and Roth IRAs from $6,000 to $6,500.

If your company offers a SIMPLE retirement plan (one that we typically see at smaller firms), your annual contribution maximum has increased from $14,000 to $15,500, and your Catch-Up contribution limit was increased slightly, from $3,000 to $3,500.  So, to max out this plan, you could contribute as much as $19,000.

But, interestingly, the IRS did not increase the Catch-Up provision for IRA’s . . . it remains at $1,000 per year.

The “Phase-Out” range for individuals being able to contribute to an IRA or a Roth-IRA has also changed, and, same as the old rules, it depends upon whether or not you have a workplace retirement plan that you can participate in.

And, if you’re in the rare group of married individuals filing a separate return and you’re covered by a workplace retirement plan, your phase-out range is very small – from $0 to only $10,000.  So, under those circumstances, the government cuts you almost no slack!

For Roth-IRA the phase-out ranges are similar, but allow you to have significantly higher income thresholds to qualify.

Unfortunately, the same very strict income limits apply for those married taxpayers filing a separate return – from $0 to $10,000.

Finally, we need to look at the new Income Tax tables for 2023.  The government gave us yet another gift by lowering taxes once again!  We already had the lowest tax rates we’ve had in decades and now they are even more attractive, with higher standard deductions as well.  Like Christmas come early!

And, there you have the big changes to retirement plan contributions and Income Taxes for 2023!  As always, should you have any questions about how these changes might impact you, or you wish to go over strategies as to how you can best take advantage of higher retirement plan contribution limits and broadly lower income taxes, please reach out to us!