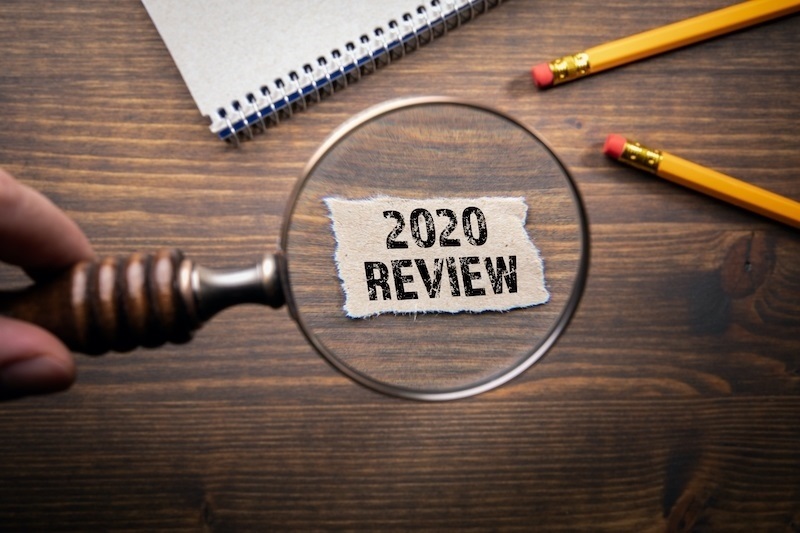 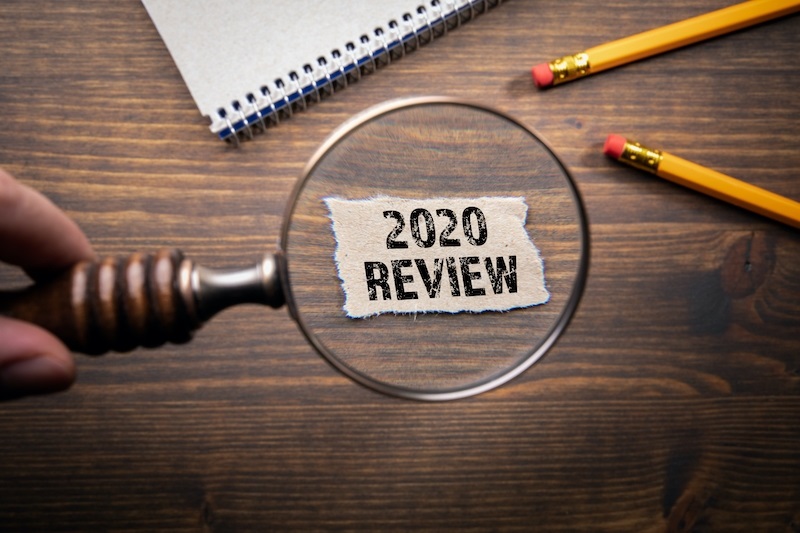 Here’s the problem, though: How in the world do you recap a year like 2020? You could write a book about March alone. So, I thought for a long while about everything that happened last year and decided to focus on three important lessons that we, as investors, can learn from 2020.

The first lesson has to do with…The Markets.

When word began leaking out about a new viral epidemic in China, the markets didn’t really know how to react. Would this go away in a few weeks and be nothing more than a footnote in history? Or would it be like the SARS epidemic of 2002 – terrible, but largely restricted to China? Or would it progress into a full-blown pandemic?

Obviously, we know the answer now. But we didn’t back then.

There’s a well-known saying about collapses and crashes: “They happen slowly, then all at once.” That’s sort of what the markets experienced in those turbulent few months between January and April. There was some volatility near the end of January, but nothing major. Toward the end of February, as the virus began affecting global supply chains, the volatility got worse. But for all the bad days in the markets, there were plenty of good days, too.

As the virus spread to our shores, as the World Health Organization declared a pandemic, as local governments instituted lockdowns and other restrictions, some things became clear:

Lots of people were expected to get sick, or even die.
Many more would probably lose their jobs.
The economy was likely to fall into a recession.
With startling speed, what had been happening slowly suddenly seemed to happen all at once: The markets crashed. From February 19th to March 23rd the S&P 500 fell almost 35%! On more than one occasion, trading at the New York Stock Exchange was automatically halted because prices were plummeting so fast. Understandably, fear was rampant.

But not, I’m grateful to say, for us.

We knew that, while COVID-19 was new and scary, what the markets were doing was actually old and familiar. It’s a classic tale: Something unexpected happens, and the markets panic. We saw it in 2008, during the financial crisis. We saw it in 2001, after September 11. We saw it in 2000, after the dot-com bubble burst. The cause is always different, but the effect always seems to be the same.

When 2020 began, no one could have predicted the pandemic and the magnitude of its impact, least of all me. But that something, sometime, would bring the markets down – that was inevitable. That’s why we always factor that inevitability into our strategy and prepare for how to handle it.

Then, too, we knew that, historically, epidemics tend to cause sharp downturns followed by equally sharp recoveries. So, our message to clients was simple: All that market madness didn’t mean we should deviate from our existing strategy.

Well, you remember what happened next: The markets recovered, and quickly. Between March 23rd and April 14th, the S&P 500 rose 27%. In fact, it wasn’t long after that the markets regained almost everything they had lost. And while there were further spasms of volatility later in the year, by the end of 2020, amazingly we all saw record highs!

That’s why Lesson #1 is simple:

No matter what the markets are doing, nothing should ever make us choose panic as our strategy.

As we moved into the summer, many clients asked me the same question: “The markets are up, but the economy seems to be struggling. What gives? Should we get out of the markets again?”

It’s a terrific question. Here is my answer:

“The markets and the economy are not the same thing. They’re related, but different – and they don’t always move in concert with one another. The economy reacts to activity, like production, consumption, and trade. The markets, on the other hand, move largely on anticipation. When investors expect something will happen, they make decisions based on that expectation. So, when the markets plummeted in February and March, it was based on the expectation that unemployment would rise, consumer spending would fall, and the economy would contract.

All most people saw, though, was a series of unrelentingly negative headlines. That’s why many investors ended up sitting on the sidelines as the markets rebounded. After all, no one buys sunscreen when it’s raining. Sadly, too many investors missed out, just as they often do whenever the news seems bleak. (And of course, the opposite is also true: Too many people rush to invest just because the news is good, even if what they’re buying doesn’t make sense.) The problem was repeated in the fall when too many investors made decisions because of who won the election, or who lost, even as the markets continued to climb.

You can probably guess Lesson #2:

The markets and the economy are not the same. That’s one reason we should never make investment decisions based on headlines!

Finally, let’s talk a little bit about the most important thing that happened in 2020. I’m referring, of course, to The Virus.

There’s no getting around it, 2020 was a really hard year. Everyone, I think, suffered in some way. Some people lost their job, saw their pay reduced, or their hours cut back. Others suffered because they felt isolated, or lonely. And of course, so many people suffered due to the virus itself – either because they caught it, or because someone they loved did.

This pandemic has tried our souls in so many ways. And while I sincerely believe there is a light at the end of the tunnel, this new year that has just started will come with its own challenges. But there’s a final lesson that 2020 taught us. A lesson that will get us through the months ahead.

That’s really what 2020 taught us – that we are, perhaps, stronger than we knew. The universe threw us a pandemic, a market crash, a recession, and a very contentious election in 2020, and we got through it. Maybe the year left scars, but it also left us stronger. So whatever 2021 hurls our way, we can take it. Economic uncertainty? Seen it, dealt with it. Market volatility? Been there, done that. I’m not saying it will be easy. But doable? You bet.

As we progress further into the New Year, I hope you will remember these lessons. It may sound corny, but I earnestly hope you keep them in your heart. They will help you weather the trials to come, and they will come! But they will also provide great context as you and I work toward achieving your financial goals.